CFD analysis of the latest creation from Empire Racing Cars.   Willem Toet – Head of Aerodynamics at the Sauber F1 Team “I was looking for a cost effective solution with fast turnaround times, so I turned to TotalSim.  I’m really glad I did!” To find our how TotalSim can help you with you aerodynamics.. read more →

TotalSim have just had a feature article published in Bernoulli Magazine. TotalSim’s Ivor Annetts wrote an article on ‘the digitial racecar’, where he discusses recent shifts in CFD and aerodynamic development and where things may be going next. read more → 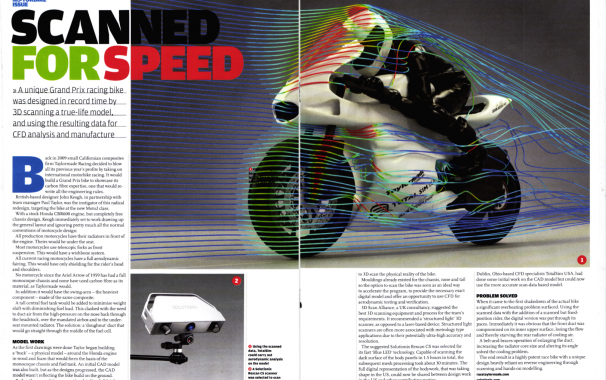 TotalSim USA recently featured in a special edition of Develop 3D. The article focused upon the ability of TotalSim to work directly with scan data.  A motorcyle was scanned and then simulated within a CFD environment. read more →

TotalSim have just featured in an article in the Motor Industry Magazine. It discusses our involvement in the motor industry and our work within our local enterprise partnership. read more →

A works Pilbeam MP98-Cosworth, developed with the help of TotalSim and run by Ecurie Zoo, won the inaugural African Six-Hour Endurance Race held at Phakisa International Raceway in the mining centre of Welkom, South Africa on 23 February 2013. Driven by brothers Graham and Duncan Vos, the Pilbeam won by ten laps in a 30-strong.. read more →

British Cycling TotalSim has a feature article about their participation with the UkSport and British Cycling in particular. “In the four years leading up to the Beijing Olympics, Boardman formed a group that became known informally and infamously as the Secret Squirrel Club, whose job was to design the fastest kit on wheels. In those.. read more →